Zeal: An Order ability can be used on the same turn the card is placed on the battlefield.
Patience: At the end of your turn, if Order is not used, increase the card's specified value by 1 for the rest of the game.
Order: An ability triggered manually by the player. Cards with Order cannot be used for 1 turn after being placed on the battlefield.
Create: Spawn one of three randomly selected cards from the specified source.
Audio
Gerhart of Aelle, otherwise known as Hen Gedymdeith, was the oldest living sorcerer. That is, until his death on Thanedd Island during the coup, where his heart, feeble from inconceivable age, simply gave out among the ruckus.
Export
Game version 10.6.0
2021-06-08 9.0.0 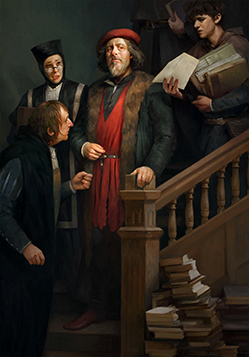