Zeal: An Order ability can be used on the same turn the card is placed on the battlefield.
Order: An ability triggered manually by the player. Cards with Order cannot be used for 1 turn after being placed on the battlefield.
Cooldown: The number of turns before an Order or Fee ability can be reused.
Alzur’s opus magnum. Contains the accumulated knowledge of the legendary mage.

Mages across the realms knew of the simplicity and elegance of Alzur's repertoire, but the sheer, overwhelming mechanics behind them remained forever guarded.
Export
Game version 10.9.1
2022-04-05 10.4.0 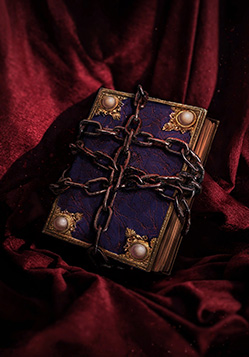