Order: An ability triggered manually by the player. Cards with Order cannot be used for 1 turn after being placed on the battlefield.
Melee: This ability can only be used while on the melee row.
Dominance: Trigger this ability if you control the highest unit on the battlefield.
Cooldown: The number of turns before an Order or Fee ability can be reused.
Audio
Each Wild Hunt warrior has gone through a rigorous selection process, but Eredin's personal cavalcade includes only the most brutal and most ferocious of the Aen Elle.
Export
Game version 10.11.0
2018-10-23 1.0.0.15 2020-02-04 5.1.0 2020-06-30 7.0.0 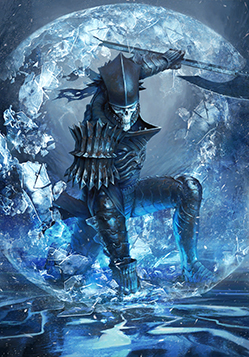