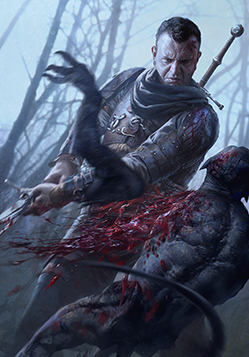 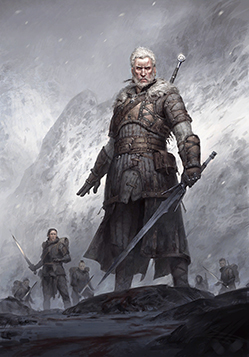 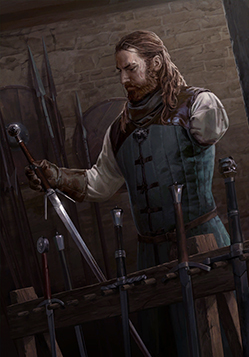 Bear Witcher Quartermaster
Witcher
Zeal.
Order: Damage an allied unit by 1, then Spawn a Witcher Student on this row.
Charges: 2. 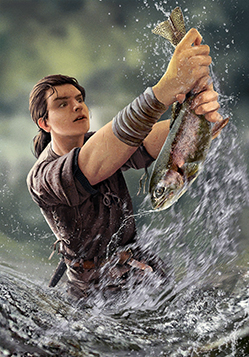 Bear Witcher Adept
Witcher
Deploy: Damage self by 4.
At the end of your turn, Heal self by 1. While not damaged, gain 1 Armor instead.

Resilience: Status that allows a unit to remain on the battlefield at the end of the round, then disappears.
Note: Boost and Armor are not carried over to the next round.
Deploy: Trigger this ability when played.
Spawn: Add a card to the game.
Order: An ability triggered manually by the player. Cards with Order cannot be used for 1 turn after being placed on the battlefield.
Heal: If a unit's current power is lower than its base power, restore it either to base power or by the amount specified.
Carved into the icy rock of the Amell Mountains, hidden amid jagged crags and snowdrifts, the location of the long-abandoned School of the Bear remains a well-kept secret.
Export
Game version 9.3.0
2020-12-08 8.0.0 2020-02-09 8.2.0 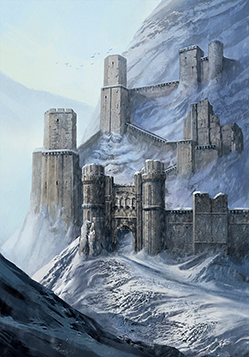