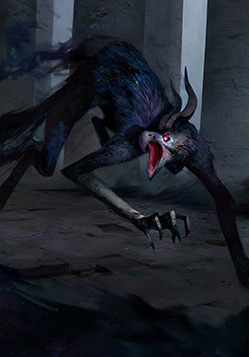 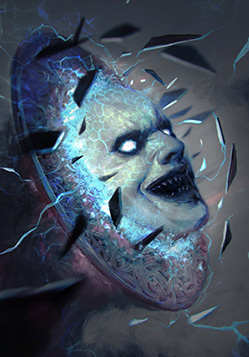 Thing from the Box
Token
Doomed.

Disloyal: This card is played on the opposite side of the battlefield, then gains Spying.
Deploy: Trigger this ability when played.
Spawn: Add a card to the game.
Adrenaline: Trigger this ability if you have specified number or fewer cards in your hand. Cards with Adrenaline are highlighted when their effect is stronger.
Order: An ability triggered manually by the player. Cards with Order cannot be used for 1 turn after being placed on the battlefield.
Banish: Remove from the game. Note: Does not count as being destroyed.
A masterfully decorated box brought from a faraway land.

Due to the intricate security, one can assume that the contents are either extremely valuable or unimaginably dangerous. Only the brave⁠—or foolish—would ever consider opening it.
Export
Game version 10.9.1
2022-04-05 10.4.0 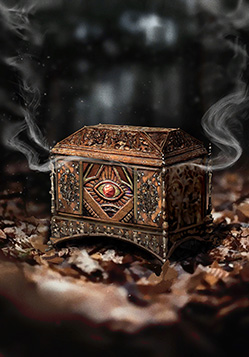